The long road to education 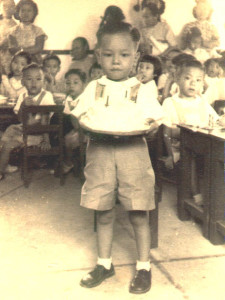 In 1955, he began the long road to a formal education when he became a student at Pearl’s Hill Primary School at the time when Singapore was a British colony.  After passing his Primary School Leaving Examination (PSLE) in 1960, he continued with his secondary school education at St. Joseph’s Institution.  In 1966, he entered the University of Singapore as a science student and graduated with a B.Sc. (Hons) in Biology in 1971.  That same year, he won the prestigious 1851 Royal Exhibition Overseas Science Research Scholarship  (http://alumni.royalcommission1851.org) to undertake a Ph.D. program in Biometrical Genetics at the University of Birmingham, England (http://www.bham.ac.uk/).  He obtained his Ph.D. in three years, graduating in 1975, and returned to Singapore to join the University as a lecturer in genetics in the Faculty of Science.   Six months later, he crossed over to the Faculty of Medicine to join the Department of Social Medicine and Public Health (known subsequently as Community, Occupational and Family Medicine and now Saw Swee Hock School of Public Health) as a lecturer in biostatistics.  He remained in that position till he left NUS service in July 2001 to help the Nanyang Technological University (NTU) start its School of Biological Sciences.  He was appointed full professor and served as the Founding Vice-Dean (Academic).   He had also served as NTU Dean of Admissions in 2005.   He retired from NTU in 2006 to set up Gateway Consulting so as to remain active in retirement.   In 2010, he came out of retirement to return to NUS to help the School of Computing establish its Centre for Health Informatics.  At the same time, he also introduced and taught 2 undergraduate courses (health informatics and healthcare analytics) at the Dept of Information Systems, School of Computing.  He retired, for the second time, from NUS in 2014 to spend full-time with Gateway Consulting.

In 1980, on his first sabbatical leave from NUS, he was awarded a Colombo Plan Scholarship by the Singapore Public Service Commission (PSC) to undertake a M.Sc. course in Medical Demography at the London School of Hygiene and Tropical Medicine, London (http://www.lshtm.ac.uk/).   The course was to enable him to support the Faculty of Medicine in the teaching of medical demography, in addition to biostatistics.   KC had also spent sabbatical leave at Stanford University (USA) and the University of Victoria School of Health Information Science (Canada).

Break into Medical Informatics
KC would have furthered his career in medical statistics and medical demography (subjects which he still enjoys teaching) if not for his greater interest in information technology and his introduction to medical informatics by Professor Shigekoto Kaihara (Emeritus Professor of Medical Informatics, Tokyo University and Past IMIA President) in 1984.  He saw a niche for medical informatics in Singapore and spent three months at Professor Kaihara’s Center under a China Medical Board Fellowship.  His stay at Tokyo resulted in a paper ‘Hospital Information Systems in Japan‘ published in Methods of Information in Medicine.  The paper was subsequently very well received by the medical informatics community as it was one of the earliest papers to document Japanese hospital information systems in English.

Involvement with IMIA
KC presented his first paper in medical informatics at MEDINFO ’86 in Washington DC by speaking on the ‘Application of the microcomputer to the estimation of adult survivorship by indirect techniques’, his thesis at the London School of Hygiene and Tropical Medicine.  His involvement with the International Medical Informatics Association (IMIA) came in 1989 when he responded to IMIA’s call for help to relocate the international meeting of MEDINFO ’89 from Beijing to Singapore following the Tian-an-men incident in June that year.  Within 6 months, he made it possible for MEDINFO ’89 Part II (the international meeting) to be held at the Raffles City Convention Centre in Singapore and turned it into one of the the most profitable MEDINFOs for the international organization.

In 1992, he was invited by IMIA to chair the Editorial Committee of MEDINFO ’92 in Geneva and helped IMIA transform the

format of its MEDINFO Proceedings through electronic submissions and publishing.   In 1994, he was commissioned by IMIA to help establish its third regional group, the Asia Pacific Association for Medical Informatics (APAMI) and became its founding President.  Today, APAMI is a regional grouping of national medical informatics associations in 14 countries in the Asia Pacific. In 1997,  KC was elected as IMIA Vice-President (MEDINFO) to oversee the organization of MEDINFO 2001 in London.

At the IMIA General Assembly in Washington DC in November 1999, he was unanimously voted in as IMIA President-elect.   In September 2001, he became the second Asian to become the IMIA President (2001-4) at the closing ceremony of MEDINFO 2001, the 10th World Congress on Health and Medical Informatics in London.  During his 3-year IMIA presidency, KC steered IMIA through a period of global economic slowdown to end with a

operating budget surplus and probably the most financially successful MEDINFO to-date in San Francisco in September 2004.  In recognition of his leadership, he was presented a plaque by IMIA and made an IMIA Honorary Fellow at the closing ceremony of MEDINFO 2004 in San Francisco.

World Health Organization connection
His involvement with the World Health Organization began in 1987 when Dr Salah Mandil, who was at that time the Director of WHO Information Systems Services, suggested to KC to explore the use of hand-held computers for paperless health data collection.   Dr Mandil had, on an earlier visit to USA, witnessed a Coca-Cola delivery man registering his deliveries on such a device. 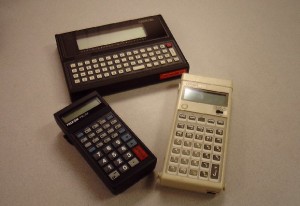 A research contract from WHO to ‘evaluate hand-held computers for health studies‘ resulted in a successful 2-year study and the project results were reported at MEDINFO ’89 as well as in the WHO bulletin, ‘World Health‘.  The collaboration with WHO was subsequently advanced to pen-based computers and eventually led to WHO recognition of Singapore as  the 6th Collaborating Center for Health Informatics in 1990.  KC was the Director of the Collaborating Center till he left NUS in 2001.

Since its establishment, the WHO Collaborating Center for Health Informatics at NUS hassupported WHO in manpower training requests on health inf

ormation management from the People’s Republic of China, Indonesia, Malaysia, Thailand, Sri Lanka, the Philippines, the Maldives and Macau.  The Center has also provided support to WHO in research and consultancy services. Under a research contract from WHO, he helped the organization to develop a software called WINSSIZE for the “Determination of Sample Size in Health Studies” running on MS Windows and NT platforms. Since then, the software has been requested by over 600 individuals from universities and research institutions worldwide.

On 22 August 2017, Dr Lun was conferred the IMIA François Grémy Award of Excellence by the International Medical Informatics Association. The award is the highest intern

ational recognition for health informatics, a discipline that deals with the use of info-communications technology in healthcare, including the use of electronic medical records, hospital information systems and telemedicine.   The IMIA François Grémy Award of Excellence was established by the International Medical Informatics Association in 2004 to honour “an individual whose personal commitment and dedication to medical informat

ics has made a lasting contribution to medicine and healthcare through her or his achievements in research, education, development or application in the field of medical informatics”.   Dr Lun was invited to receive the award at the award ceremony at the World Congress of Health and Medical Informatics (MEDINFO) in Hangzhou. He was the first Asian to receive the award since it was first presented in 2004. It was also significant that 2017 marked the 50th Anniversary of the founding of the International Medical Informatics Association.

KC is married to Wong Chor Yee, a senior human resource administrator who decided to pursue her passion in the fine arts by becoming a full-time professional water-colour artist (www.rafflesfinearts.com) in January 2004.  They have two children, Kenneth and Katherine. Trained at the Peabody Conservatory of Music at Johns Hopkins University, USA, Kenneth holds a Bachelor of Music (Trumpet).  Katherine graduated from the Royal College of Surgeons in Ireland and is now a medical doctor.